How many animals has BReD saved through vegan products?

BReD takes pride in being a vegan bakery.

We firmly believe animals don’t need to be harmed to make amazing baked goods, and we’ve proven that.

What really happens to animals in the egg industry?

Many conventional baked goods use dairy and eggs unnecessarily. Did you know the egg industry uses over 300 million hens every year just in the US? In Canada, there are over 1200 egg farms that house about 25 million laying hens. They produce over 9 billion eggs each year. British Columbia has over 3 million laying hens on about 145 farms.

From the moment they’re born in large incubators (not in happy free range farms as we’d like to think), chicks live miserable lives. They never see their mothers.

Workers separate male and female chicks. They groom female chicks and may vaccinate them to protect them against disease. They also have the ends of their beaks cut off with a hot blade to prevent them from harming each other through pecking, which they do out of boredom, frustration, stress, or aggression from being confined.

Male chicks are tossed in trash bags (where they suffocate to death) or are ground up alive. Over 100 million male chicks are killed every year by the egg industry. 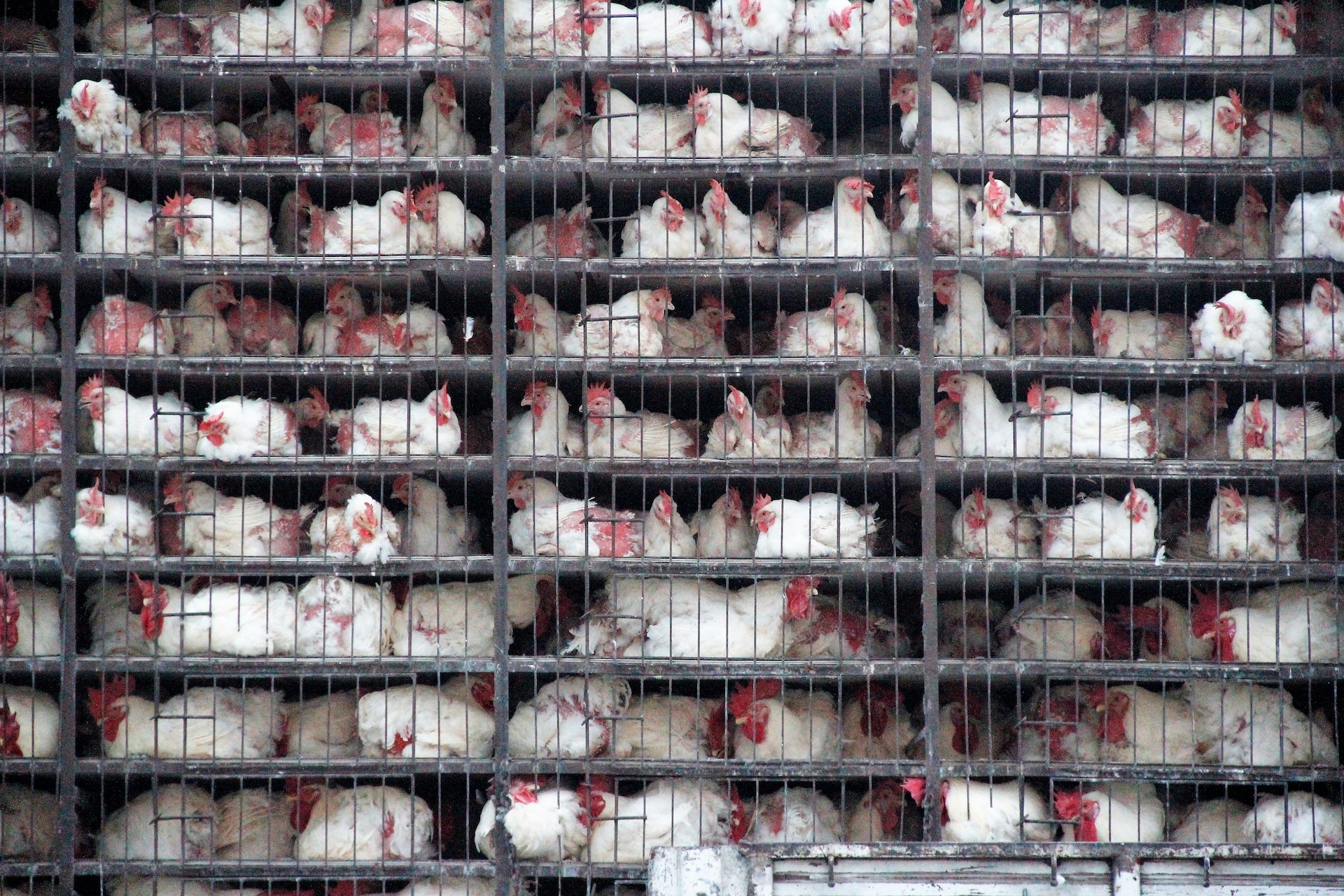 Four to eight hens are crammed into tiny wire battery cages that are often stacked on top of one another. The cages provide little space and resources for hens to behave naturally. Not having their natural needs met leads to frustration and suffering. Fifty-seven percent of laying hens in Canada and half of laying hens in BC are raised in these cages. Urine and feces fall down onto birds in the lower cages (this is how pandemics begin!). Many chickens die here and rot in the same space with living birds.

In 2018, animal rights activists exposed horrible conditions on three (random) egg farms in BC, which was covered on CTV and CBC News. They found hens dead or dying in manure pits up to six feet high. Sheds housed up to 20,000 birds.

Although farmers are transitioning from conventional to enriched cages that offer more space for the birds and additional resources such as perches, a nest box, and a scratch area, they’re still very restrictive.

Laying hens lose bone strength and become prone to osteoporosis and bone fractures. These conditions cause pain and distress and inhibit their mobility. Hens are at high risk of bone injury at the end of the laying period.

After two years, those who’ve survived are slaughtered. All chickens who die for food are shackled, hung upside down, their throats are cut, and they’re electrocuted or scalded to death with boiling water. Unlike broiler chickens—bred to grow muscle—egg-laying hens are bred to produce a large number of eggs. These older laying hens (spent hens) have a much leaner body and very fragile bones, and often end up used for soups, chicken fingers, or pet food.

Chickens are smart, social, sensitive animals who deserve a much better life than this. 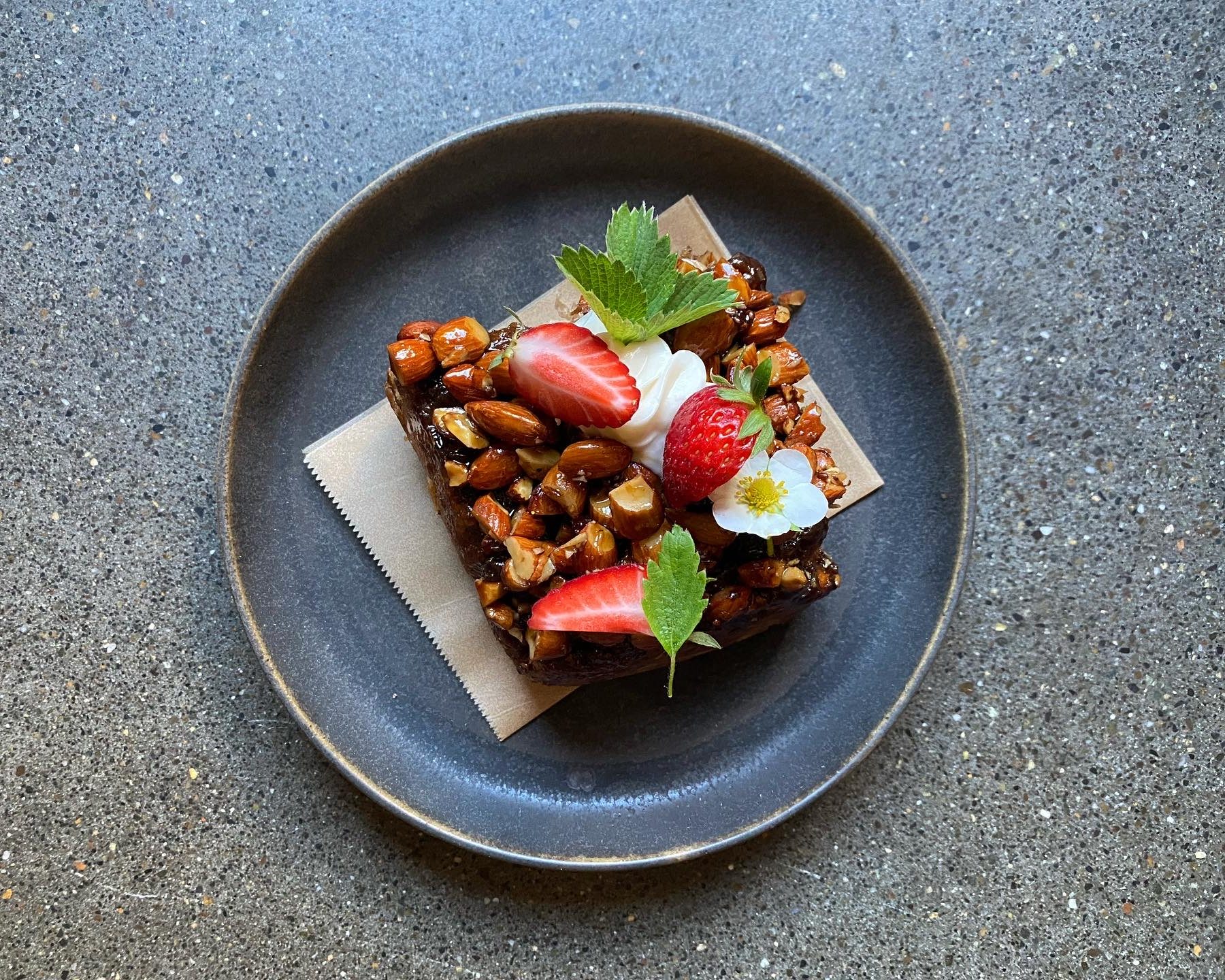 The upside: vegan bakeries save animals

Most of our customers do not identify as vegan but they sure do love our vegan organic sourdough cinnamon buns!

Each time we bake cinnamon buns without eggs, we take an animal out of the equation. We wanted to calculate how many eggs—and therefore chickens—we’ve saved. To date, we’ve sold over 33,721 cinnamon buns. The true number is probably 10% higher but we lost some data when we built a new ecommerce website. This number is what our intact reporting software shows us. We’ve also donated countless cinnamon buns to our team members and to our medical centre to keep staff fuelled for those long shifts they work, looking after our community.

Usually, cinnamon recipes call for at least 1 egg per 10 buns on average. This means we have eliminated at least 3,373 eggs in cinnamon bun production alone. Since inception, we’ve removed more than 14,000 eggs, equating to approximately 23 chickens from an awful life and eventual slaughter.

Don’t even get us started on the harm that’s done to cows and their calves in the dairy industry! But feel free to check out what we recommend in place of butter.

The good news is by buying baked goods from vegan bakeries, you’re not only saving animals, but encouraging a more happy life for hens.

If you’ve visited BReD, thank you for supporting us and for saving animals through our vegan products, such as our vegan cinnamon buns, sticky buns and cookies.