Instead of Thanksgiving, try Vegan Thanksliving

We’re not against holidays at BReD, but we feel we have a responsibility to educate people on where some traditions come from that we may not be too proud of today.

Thanksgiving in the United States (the fourth Thursday in November) originated with a three-day feast in 1621 between the Wampanoag Natives and colonizers who arrived in (modern-day) Plymouth, Massachusetts after a long voyage from England. Canadian Thanksgiving (celebrated the second Monday in October) began in 1859 when Protestant leaders called on the government to create a day for giving thanks.

While gratitude should be at the centre of the holiday, its origins seem to be lost, with foods surrounding a cooked turkey on dining tables.

It would be a challenge to find an Indigenous person who feels good about Thanksgiving—which was their ceremony to begin with. With gratitude at the heart of most Indigenous ceremonies, the Wampanoag fed starving British colonizers with bountiful vegetables, fruits, and turkey. But unlike the stories children are told in grade school, the British also brought infectious diseases that killed millions of Indigenous People. Native lands were stolen and traditions were lost due to colonization.

Whether you acknowledge the holiday, consider:

2. Remove turkeys as a holiday tradition.

Turkeys are social and loyal animals who enjoy the company of other species, including humans. They build nests, enjoy exploring, and are intelligent, playful, and inquisitive. They can recognize one another by their voices. Yet each year, 240 million turkeys are slaughtered in the US. Forty-five million of these in the US and 20 million are killed in Canada for Thanksgiving. Turkeys can live to 10 years in the wild, but in the animal agriculture industry, they live up to just four months. 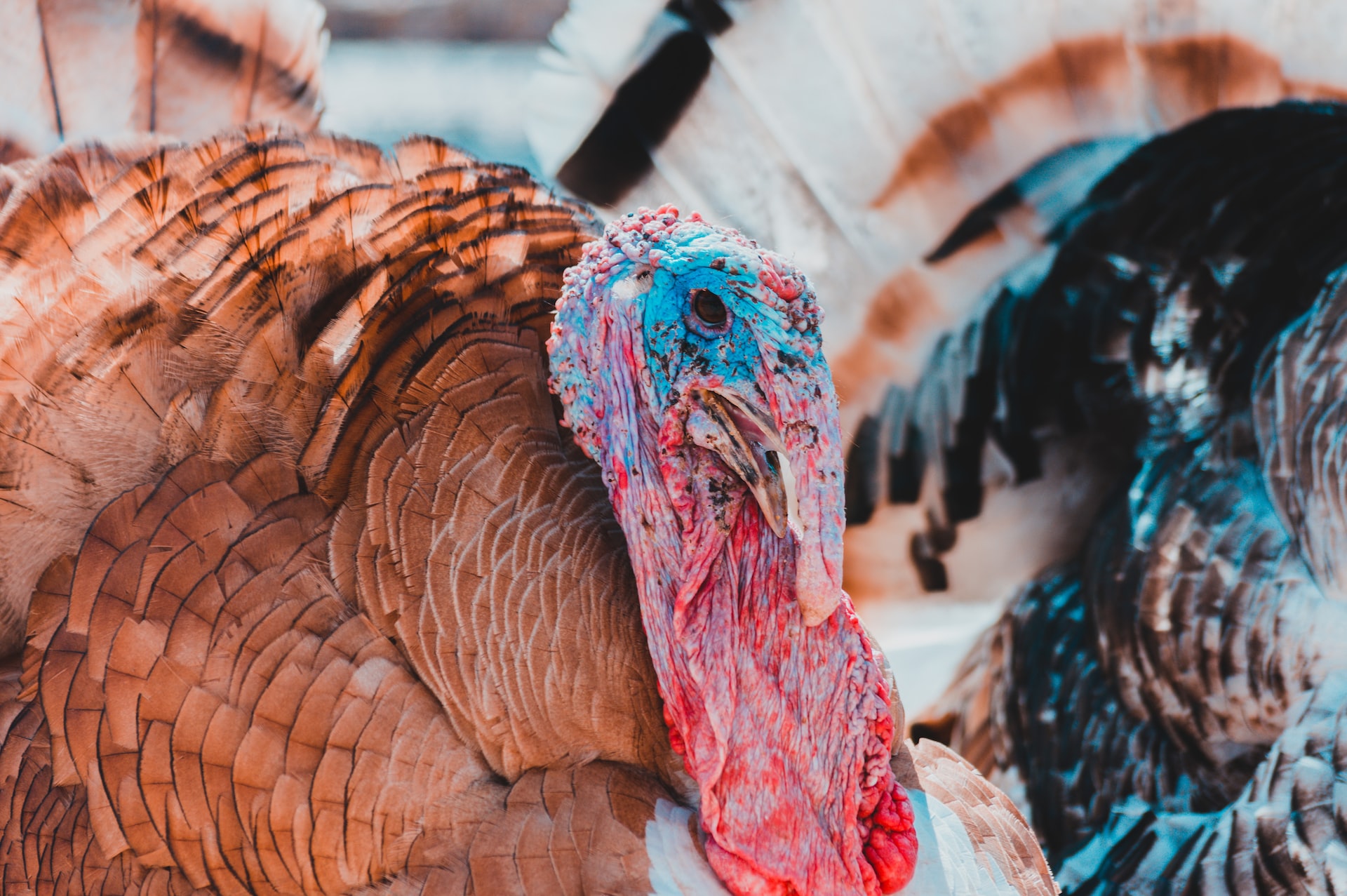 Their suffering starts at birth. Workers cut the toes and ends of poults’ (baby turkeys) beaks off without painkillers. Factory-farmed turkeys are fed to grow four times their normal size within a few months in cramped conditions. Some birds collapse under their own weight. This also makes them more susceptible to heart disease and muscular damage. Hundreds of sick and injured poults’ lives end in grinding machines.

Adult birds are shackled upside down and channeled through electric baths or left to bleed to death. In Canada, their throats are slit with a metal blade and they’re placed in vats full of boiling water to remove their feathers.

Instead of turkey, consider a vegan roast for your table. You may crave traditional dishes you grew up with involving animals, but you can be mindful of the impact of your meal. Creativity can go a long way. Search for animal-free versions of classic dishes online, or visit your local (or online) vegan grocery store to see what’s available. Roasting in-season vegetables is easy to do. Use mushroom or miso gravy on mashed potatoes.

If they could speak, animals would give you gratitude for their lives. Let’s not forget them!

3. Create your own meaningful Thanksliving traditions.

If giving gratitude isn’t a normal practice in your family, it might come as a surprise during your gathering. Let guests know in advance what you’d like them to prepare or say at the table. Giving gratitude is a beneficial practice for your physical, emotional, and mental health. It increases your social connections, empathy, and self-esteem, and is good to do year-round.

Consumer days like Black Friday (also Native American Heritage Day), Small Business Saturday, and Cyber Monday come hand-in-hand with American Thanksgiving. Think twice about whether you really need to go out and buy something. If you choose to shop on these days, consider a local or vegan business that could use your support.

Giving Tuesday is a great opportunity to donate to or explore what non-profit and charitable organizations do, like animal sanctuaries. Perhaps deciding what organization to donate to can be one of your Thanksliving traditions.

Happy Thanksliving to you and your loved ones!