Learning to Love the Microbe: Fermented Foods on the Rise

Then it may shock you to know that that is exactly what the food industry (and even health professionals) is encouraging you to eat more of.

In an age increasingly obsessed with cleanliness and the rise of antibacterial soap, it’s perhaps quite bizarre to witness the ascent of the humble microbe in our food.

Store refrigerators are filling up with jars of kimchi and bottles of kefir, restaurants are serving up fermented mushroom ketchup, bars are now offering kombucha on tap, and now – thanks to lockdown – everyone’s trying their hand at baking sourdough.

Have you checked out our Ultimate Guide to Sourdough yet?

Of course, fermented food has been enjoyed around the world in numerous forms for thousands of years, but its recent popularity has led to a number of exciting scientific studies regarding the benefits of fermentation.

What are fermented foods? 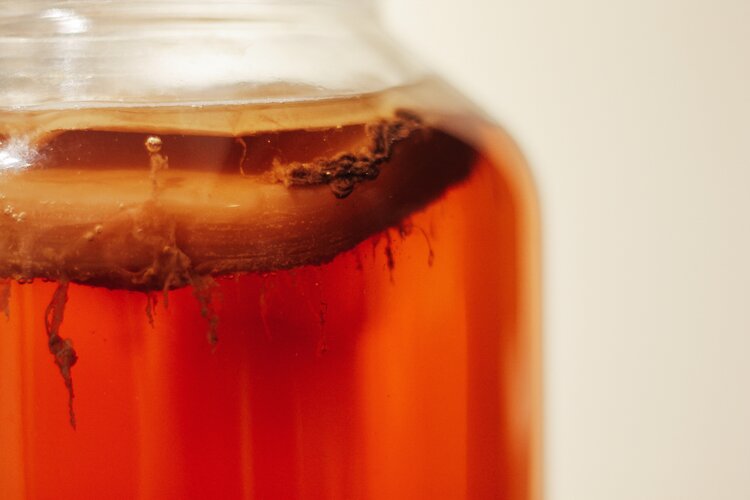 Fermented foods are those that have undergone a process of controlled fermentation, which is caused by microorganisms (or microbes for short) such as yeasts, moulds, and bacteria.

Just like us, microbes need to eat and they just so happen to love carbohydrates!

In the absence of oxygen, the microbes use enzymes to break down the carbs found inside food and turn them into desirable products, including alcohol, organic acids, and gas.

During this feast, the microbes proliferate, meaning that fermented foods are a great source of probiotics.

Fermented food is not to be confused with mouldy food, which is where uncontrolled microbial growth causes the food to spoil.

We’re not the only organisms that use microbes to alter food. Some insects, such as termites and ants, cultivate fungi and bacteria to help them digest substances such as wood and leaves.” 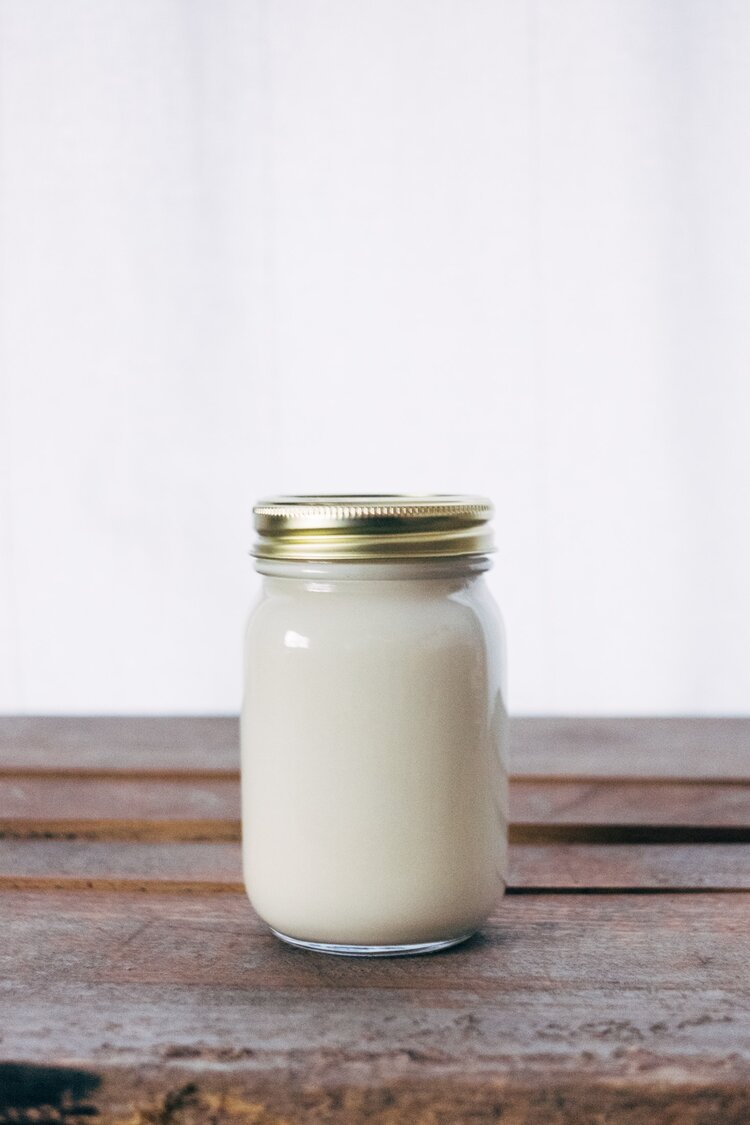 vegan yoghurt is a fermented food

Over the years, scientists have determined a number of ‘good’ bacteria present in our guts, including Lactobacillus and Bifidobacterium. These friendly chaps are referred to as probiotics and form part of an entire ecosystem of microbes inside our guts, which is known as the microbiome.

The probiotics present in our gut help us to support a healthy immune system by keeping the ‘bad’ microbes at bay. They also provide several other benefits to humans, but we’ll get on to those later.

Probiotics are often found in fermented foods because they either occur naturally or are added during the fermentation process.

For example, Lactobacillus is the most abundant species of bacteria found in kimchi, particularly the homemade stuff. They play a role in producing CO2, acetic acid, and lactic acid, the latter of which contributes to the delicious sour taste that so firmly divides the population into the ‘love it’ or ‘hate it’ camps.

However, some commercially-produced fermented foods are pasteurized, which destroys the probiotics, along with their health benefits.

“Did you know?
The human genome consists of about 23,000 genes, whereas our microbiome encodes over 3 million genes that produce thousands of metabolites. In other words, in terms of genes, humans are more than 99% microbial.”

What are the benefits of fermented foods?

1. Fermented food can have an extended shelf life

Fermentation has been enjoyed by ancient civilizations dating back to at least 7000BC and is valued as an essential food preservation technique. For example, one of the oldest sourdough starters is approximately 120 years old and lives with Ione Christensen right here in Canada!

The black cherry acidity of a glass of red wine, the rich and bitter taste of chocolate and coffee, the tangy sourness of a cultured cashew cheese…none of these flavours would be possible without fermentation.

Fermentation allows us to consume otherwise inedible foods. For example, many African countries will heap ferment cassava, which removes some of the poisonous cyanogen glucosides.

A less extreme example is the fermentation of table olives to lower the phenolic compound content, reducing the bitter taste.

A growing number of scientific studies have demonstrated the benefits of probiotics for digestive health by restoring the balance of ‘good’ bacteria. Research suggests that eating fermented foods can improve IBS symptoms.

However, a lot is still unknown about our microbiomes and which bacterial strains contribute to which health benefits. Much like fingerprints, microbiomes are unique to an individual, so it is too early to speculate that everyone will benefit from the same microbes.

What’s more, each ferment will yield different populations of probiotics, so it is difficult to know how each fermented product will benefit your microbiome.

“Did you know…
In India, lentils and rice are soaked, ground, and left to ferment for a couple of days and the resulting batter is steamed in jackfruit leaves to make idli.” 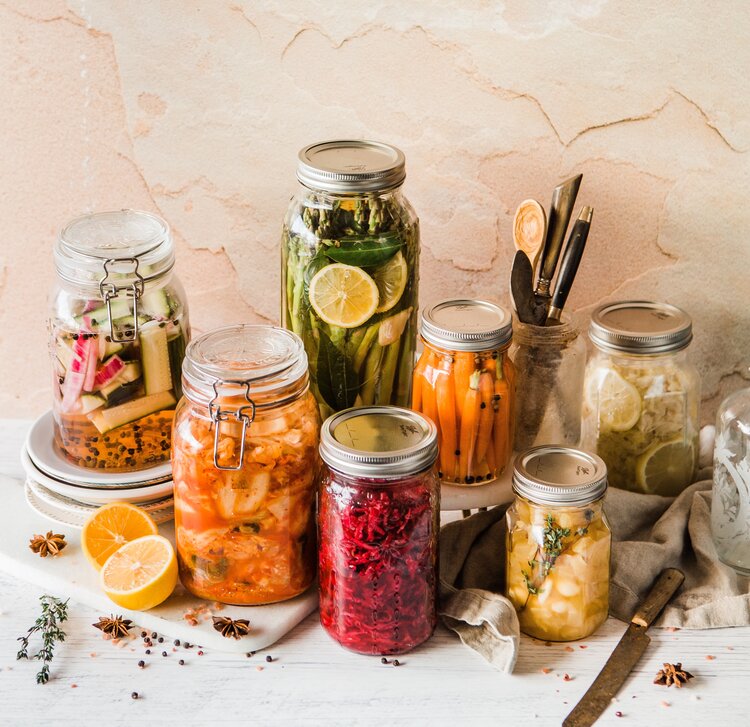 you can ferment many different kinds of foods

Seeds, nuts, legumes, and grains can contain compounds known as antinutrients. Fermentation can help to break down these compounds, rendering them obsolete.

For example, sourdough is easier to digest than unleavened bread because the microbes help to break down phytic acid which is present in the flour. Phytic acid binds to minerals such as iron and zinc, impeding their absorption through the digestive tract. Therefore, the fermentation process increases the number of beneficial nutrients available.

In the same way, tempeh and other fermented legumes and beans are more nutritious than unfermented alternatives.

Some fermented foods also produce vitamin B12, which can make these particularly desirable to vegans and vegetarians. However, depending on the microbes involved, some of the B12 produced is useless to humans and can even compete against the beneficial B12 – so we still recommend supplementing! Nevertheless, it might be an interesting way to fortify vegan food in the future.

The high probiotic and nutrient content of fermented foods can help reduce infections and boost your immune system. The consumption of these foods has also been linked to faster recovery.

7. Fermented foods may help to reduce anxiety and depression

Most of us will have experienced ‘anxiety belly’ at some point in our lives.

This stomach-churning is an expression of our gut-brain axis, which is the bi-directional connection between the brain and the gut. Yep…they’re connected!

It’s no surprise then that scientists have linked some probiotic strains (found in fermented foods) with the reduction in symptoms of anxiety and depression.

What jumps to your mind when you think about fermented foods?

What about a glass of wine or sourdough bread?

You may be surprised to learn that coffee and chocolate have also undergone a fermentation process.

There are thousands of fermented foods enjoyed by different cultures all over the world. Here are just a few of them:

“Did you know…
In Myanmar (or Burma), young tea leaves are steamed and fermented in clay pots or bamboo tubes. The result is Lahpet, which was traditionally exchanged by Burmese kingdoms to signal an end to conflicts.” 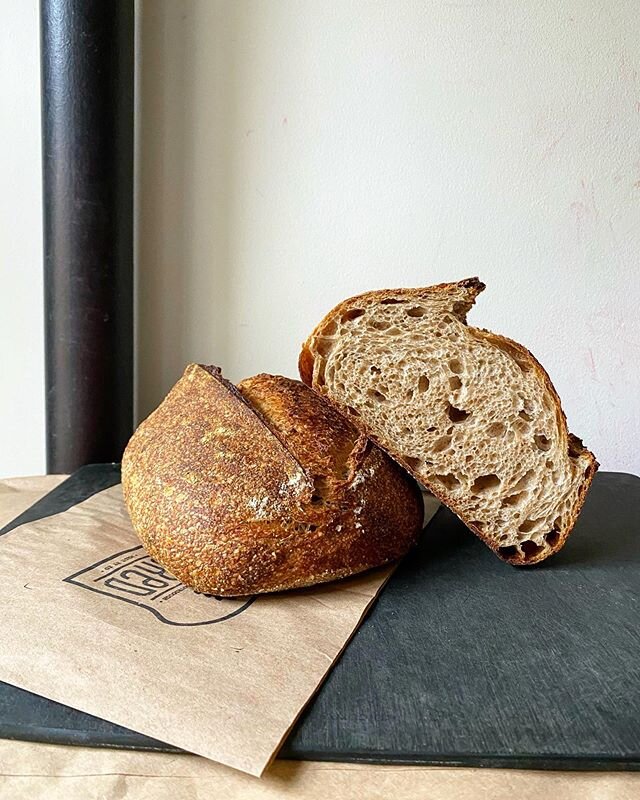 all of our sourdough bread is fermented

Some of them! In fact, there are plenty of vegan fermented foods since many cultures traditionally use a lot of vegetables and fruits in their ferments.

However, watch out for products like kimchi as this fermented cabbage is traditionally made with fish sauce in Korea. Fortunately, vegan kimchi is becoming more readily available (we even sell vegan kimchi at BReD)!

What fermented foods can you buy at BReD?

Did you know that Ed has been experimenting with kōji in his bread?